Over the past few weeks, Gary Hamel has written two posts on his Wall Street Journal blog about his next book (the posts are here and here). The catch? He’s decided that he isn’t going to write another book. So instead, he published the CliffsNotes version of what he’d write if he was going to write a book, and started what he refers to as an “open source project” about the ideas, inviting people to add their thoughts and comments. 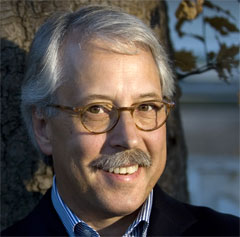 I thought I’d share some of my favorite bits that fit in really well with a Dark Matter Matters world view.

On what it means to be an adaptable company:

An adaptable company is one that captures more than its fair share of new opportunities… An enterprise that is constantly exploring new horizons is likely to have a competitive advantage in attracting and retaining talent. When a once successful company runs aground and starts to list, its most talented employees usually don’t stick around to bail water, they jump ship. A dynamic company will have employees who are more engaged, more excited to show up to work every day, and thus more productive… Adaptability didn’t rate very highly as a design criteria when those early pioneers set out to invent Management 1.0 a hundred years ago. But it’s essential now…

On the problems with big organizations:

Big things aren’t nimble. That’s why there aren’t any 200-pound gymnasts or jumbo-sized fighter jets… In a company comprised of a few, large organizational units, there tends to be a lack of intellectual diversity—since people within the same unit tend to think alike. Within any single organizational unit, a dominant set of business assumptions is likely to emerge over time. One way of counteracting the homogenizing effects of this groupthink is to break big units into little ones. Big units also tend to have more management layers—which makes it more difficult to get new ideas through the approval gauntlet. In addition, elephantine organizations tend to erode personal accountability.

On the importance of a bold vision:

Embrace a grand challenge. You can’t build an adaptable organization without adaptable people—and individuals change only when they have to, or when they want to. In most companies, deep change is crisis-driven. People are pushed into the icy waters of change by circumstances outside of their control. But every day human beings all over the world rush out to embrace change—because they are seduced by an opportunity to do something big, exciting or noble. So if you want people to change ahead of the curve, you have to give them something worth changing for. You have to set in front of them some enticing challenge that draws them forward.

And finally, on the new model for management in the Internet age (sounds a lot like the open source way):

The distinction between the technology of management and the technology of the Internet is more than merely architectural, though. At the heart of the Web is a bundle of social values that stands in stark contrast to the values that predominate in most companies. Community, transparency, freedom, meritocracy, openness and collaboration—this is the fundamental ethos of the web. Within the beige precincts of corporate-dom, the values of control, discipline, accountability, reliability and predictability reign supreme. Twenty-first century organizations must amalgamate all of these values. Only then will they be able to deliver the goods day-after-day with penny-pinching efficiency while showing their heels to the winds of change.

Gary. This is awesome. But you still gotta write the book:)

Chris Grams is Head of Marketing at Tidelift. He is also the author of The Ad-Free Brand: Secrets to Successful Brand Positioning in a Digital World.
View all posts by Chris Grams »
« Howard Schultz of Starbucks: The role of culture in a crisis
Help! Who the heck are you? (a poll) »