If a tree falls in a forest and no one is around to hear it, does it make a sound? I don’t know the answer, but I can tell you that brand positioning not effectively communicated and embedded both inside and outside your organization will definitely not make a sound.

So here we are. Your positioning exercise is complete. You’ve identified one or more competitive frames of reference. You have clear points of difference distinguishing you from competitors. You’ve articulated the points of parity you need to achieve. And perhaps you’ve even decided on a brand mantra. Now what?

For most organizations, the next step is to build a plan to embed the positioning internally. Unless you work in a small firm, I’d recommend you don’t build this plan alone. Instead, convene a strategically-chosen team of folks to help you build the right plan for your organization.

Who should be on this team? I’d pick a group of 10 or less people from the following two sources:

END_OF_DOCUMENT_TOKEN_TO_BE_REPLACED

Democracy: a reason for communications and HR folks to party together

I recently finished the new book Digital Strategies for Powerful Corporate Communications, by Paul Argenti and Courtney Barnes. I must admit, I’m allergic to many Web 2.0 books. This book does have some of that social media handbook feel, but I was excited about it because co-author Paul Argenti, a professor of communications at Dartmouth, is someone whose ideas about communications have really influenced my thinking over the past few years.

Paul was one of the masterminds behind The Authentic Enterprise, a whitepaper that may be one of the most compelling looks into the future of the communications field I have ever seen. I’ve written about it previously here, here, and here.

The following paragraph highlights the point of view from which this book approaches digital communications strategy:

“The business of managing relationships– and therefore, business itself– has changed dramatically in the last decade. Stakeholder empowerment, as it’s come to be known, has shifted the corporate hierarchy of influence from the hands of elite business executives to those of their once-passive audiences, including employees, consumers, media, and investors.”

This paragraph does a nice job illustrating what we might define as the democratization of corporate communications.

—–
Democratization of Corporate Communications:
Any person communicating about any company at any time.
—–

One of the things I really liked about this book is that it has an entire chapter highlighting a favorite subject of mine: the need for closer ties between the human resources and communications function. Why? Simple:

In a world where everyone is a communications person, everyone needs to be on brand.

END_OF_DOCUMENT_TOKEN_TO_BE_REPLACED

There’s a nice article out today on brandchannel.com called Build Your Brand from the Inside Out, interviewing me and Ashley Stockwell from Virgin Media on the role of employees in building a brand. Even Dark Matter Matters gets a plug. Thanks Morgan!

Why did I just write a post about Viking Longships? 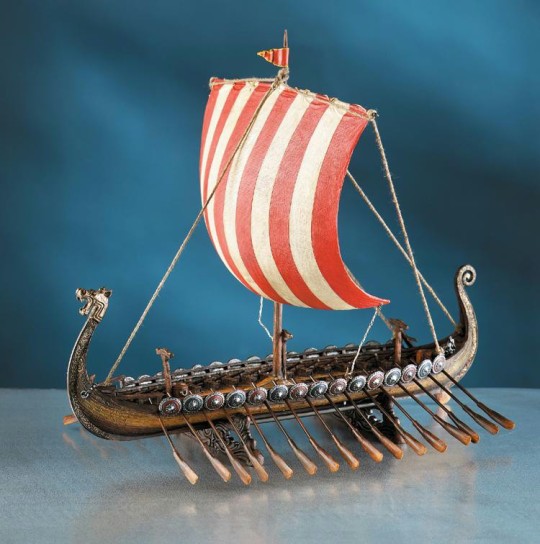 A great brand can seem from the outside to be an awesome speedboat, like the kind they rode around on Miami Vice… Just grab the wheel, hit the throttle, and send it screaming through the water to wherever you want to go. He who controls the brand has all of the power to steer and go wherever he wants… right?

I’ve always envied those brand managers (kind of…) who have a marketing budget of millions and can go out and “buy” an image for their brand using advertising. They are driving the speedboats. If they want, they can associate their brand with skydivers and bungee jumping (Do the Dew, man!) or whatever they choose.

But the reality is that a brand like Red Hat is more like a Viking longship. Here’s what Wikipedia says about how longships moved:

END_OF_DOCUMENT_TOKEN_TO_BE_REPLACED

Matt Asay just posted about Red Hat’s new mission, which he discovered on a visit to our Westford office in one of our “bathroom briefings” (important aside: we post some internal company news right front and center in the bathroom… if you want people to read something, post it in the bathroom– not everyone reads mailing lists, but everyone pees! Remember, internal communications is a strategic role at Red Hat!).

It’s not a secret, so I don’t mind that he saw the mission or posted about it. In fact, we are pretty happy with the transparent process we employed to get it done. Those of you who have read some previous posts know how strongly I feel about having the entire company aligned on mission and vision and values– the core stuff.

END_OF_DOCUMENT_TOKEN_TO_BE_REPLACED

Last week a colleague told me IBM had reorganized it’s marketing and communications functions. In the new order, the entire marketing organization would report into communications. Typically it has always been the opposite, with brand groups like mine and public relations reporting into a Chief Marketing Officer. Until recently, that’s been the way it worked at Red Hat too– over the years I’ve worked for mostly VP of marketing or CMO-types (although now I work as part of a group called People & Brand, a subject I’ll save for another post).

So I spent some time thinking about what this change meant for IBM, why they were doing it, and did a little research online. In the process, I stumbled upon this report from the  Arthur W. Page Society entitled “The Authentic Enterprise.” Turns out that one of the co-chairs of the Authentic Enterprise task force was  John Iwata, the SVP of Communications for IBM. My guess is that this report, which came out in 2007, had significant impact in making the changes at IBM.

Thought I’d call out a few choice quotes from the report that I loved.

END_OF_DOCUMENT_TOKEN_TO_BE_REPLACED

Get the organization aligned

When I first arrived at Red Hat in 1999, I have to say I didn’t get the warmest welcome in the world. After all, I’d just joined Red Hat from IBM, which many earlier Red Hat folks viewed as exactly the kind of corporate culture they were trying to escape. I think IBM is a great company, but it certainly didn’t define me either, so I was a little surprised the first time someone came up to me and said, “Don’t worry, you’ll drink the Kool-Aid soon enough.”

Now I knew where this idea came from. But I kind of thought I had already drunk the Kool-Aid– that’s why I left the security of IBM to join this crazy company after all. What I learned over the next few years is that everyone tastes the Kool-Aid a little differently. Red Hat meant very different things to different people, even if they all thought they were drinking the same Kool-Aid. I learned what I didn’t know very quickly… but I learned it on my own.

So how do you make it easier for everyone you employ to have a shared vision of what the company hopes to accomplish? How to do you ensure that everyone in the organization is aligned (and excited!) about a common cause? END_OF_DOCUMENT_TOKEN_TO_BE_REPLACED