This tag is associated with 8 posts

Over the past few weeks, I’ve spent some time toiling away in wordpress.com hell, updating the static content and look of this blog for the first time since I launched it at the beginning of 2009.

I’ve added some new sections, including one for my forthcoming book, The Ad-Free Brand (Did I mention I wrote a book? Oh yeah, like 1000 times. Sorry about that). Right now I’ve put a draft of the introduction up there, and I’d love any comments or suggestions– still time left to edit before the book comes out!

I also added pages featuring the key communities I’m working with right now, opensource.com and the Management Innovation Exchange. Other than that, it’s a spiffy new template, a few new graphics here and there and, hopefully, some more original articles featuring content from the book over the coming months.

I still have some additional changes I’d like to make, adding TypeKit fonts, customizing the stylesheet a bit, you know, blog nerd stuff. But I’m decently pleased with where it is right now, so I thought I’d point it out.

Thanks for taking a look! 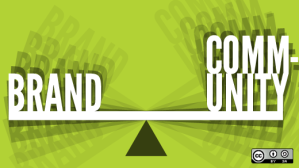 Remember the Seinfeld episode where Kramer had the idea to make a coffee table book about coffee tables? I always thought that was a pretty elegant idea. Well, a few months ago, some of the smart folks on Red Hat’s community architecture team had a similarly elegant idea:

The book is entitled The Open Source Way: Creating and nurturing communities of contributors and you can access the current text here and the wiki for contributors here.

I caught up with Karsten Wade, who is leading the project, to learn more.

There have been other books written about community-building over the last few years, but I am not aware of any others that have been written by a community. Where did the idea to start this project come from?

Our team, Community Architecture, has a strategic community role in Red Hat, and part of that is learning, distilling, and sharing knowledge.  We bring the knowledge of how to produce software the open source way to different parts of the company.  We’re all in a community of practice here, and have much to learn from each other.

Once we had the idea of a cookbook or handbook for internal needs, it was immediately clear that following the open source way with the content would be better, have more impact, and protect important knowledge in case our team gets eaten by raptors.

What if politicians innovated the open source way?

In the discussions around some of my previous articles, I’ve noticed a trend: we seem to be focusing on cultural changes that need to be made for the open source way to be effective in contexts beyond technology. One cultural context I think could really use some help is politics. 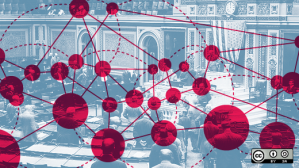 I read an interesting post last week by Morton Hansen (author of Collaboration: How Leaders Avoid the Traps, Create Unity, and Reap Big Results) entitled Obama’s Five Collaboration Mistakes. In the comments below the post, some folks interpreted his words as an attack on the Obama administration. Me? I’d probably interpret Hansen’s words more broadly. Perhaps something like:

Politicians are pretty darned bad at collaborating a lot of the time.

In fact, the word “political” has become almost synonymous with anti-collaborative behavior in many contexts. Certainly in the business world.

But there is a lot a stake here. The economic downturn has hurt our businesses badly. And this has affected many of us in even more personal ways. Jobs. Homes. Security.

We need innovation in the political world to help solve the problems of the business world. Which means we are going to need better collaboration across political boundaries, both inside and between our countries.

Could we open source folks help?

It’s a good bet that the next generation of defining companies will have corporate cultures built the open source way– around openness and collaboration, while fostering community and culture that extend outside the company walls. 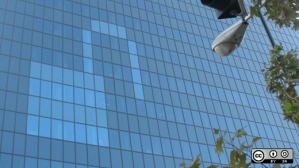 In fact many of the defining companies of the first decade of this century show these characteristics (with one very notable exception we discussed earlier).

It kind of makes you want to rush in and see if you can change your old style corporate culture and get in on the action. But try to change too fast and your efforts may backfire.

So here are three signs that your corporate culture may not quite be ready for the open source way– and some tips to help you move closer.

[Read the rest of this post over at opensource.com]

One nice thing about this new gig blogging over at opensource.com is it gives me some room to go back to my brand and culture roots here at Dark Matter Matters. So today we return again to my favorite subject: brand positioning.

Specifically, I want to cover one of the scariest brand positioning mistakes a company can make– abandoning the position that got them where they are before they’ve established a credible new position.

You’ve seen it before. You walk into a meeting with a new advertising agency or an overzealous marketing executive, and, with great dramatic effect, they say something akin to this: “We are not in the toilet paper business! We are in the cleansing and renewal business!” Then they pause and look around, waiting for the cheers and high fives to start as people salute genius.

Don’t get me wrong. I believe strongly in establishing a higher purpose for your brand. And I think it is fantastic when brands are aspirational. The mistake is not in extending your brand position– in fact, we’ve covered some good tips on how to do it responsibly in this post and this one.

The mistake is abandoning the position you already own in the customer’s mind before clearly establishing the new position– in their mind, not in yours.

I’ve shown this chart inspired by Kevin Keller (one of my brand positioning mentors) before, but it is directly relevant here.

END_OF_DOCUMENT_TOKEN_TO_BE_REPLACED

The Apple exception: where open innovation theory breaks down

Over the last few weeks, I’ve noticed more folks pointing out a paradox that has been driving me nuts. As many companies embrace open innovation and culture, there is one incredibly successful holdout: Apple. Three articles on the subject here, here, and here. 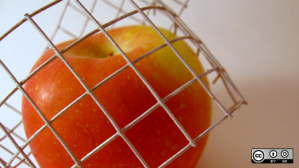 I suspect few people would claim Apple has an open culture– stories about secrecy at Apple are legendary. You could argue that Apple has done some impressive experiments in open innovation– most notably their iPhone App Store. But even their open stuff seems decidedly, well… closed.

I’ve noticed Google has been making a much bigger deal about their openness recently, and you have to imagine that part of the reason for this is to differentiate themselves in the consumer market from Apple.

[Read the rest of this post over at opensource.com]

One of the things I’m most excited about as I start my new job at New Kind is that I have the opportunity to continue to do work with Red Hat. Today, in the spirit of release early, release often, Red Hat opened the doors to a new website, opensource.com. In addition to my work here at Dark Matter Matters, I’ll also be writing for the Business channel of opensource.com. 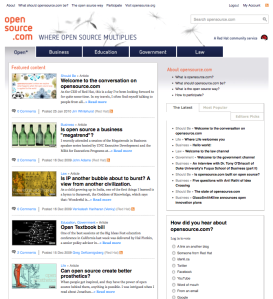 So what is opensource.com?

It is the beginning of a conversation about how the world can apply the lessons of the open source way broadly– in business, in government, in education, in the law, and generally in our lives. Unlike most other open source sites, it is not just about software. From the site:

The term open source began as a way to describe software source code and the collaborative model for how it’s developed. Red Hat used this model for developing technology and built a business model around open source and its principles: Openness. Transparency. Collaboration. Diversity. Rapid prototyping… The open source way is more than a development model; it defines the characteristics of a culture.

Although this site was started by Red Hat, it is not intended to be a Red Hat site, but rather a site where the open source conversation is extended to all companies and organizations, even beyond the technology industry. Red Hat CEO Jim Whitehurst states it really well in his introductory post: