BusinessWeek turns an eye to open source beyond technology

On opensource.com, we aspire to take principles the open source software movement has applied to building better software faster and find more uses for them in business, education, government, the law, and generally in our lives. 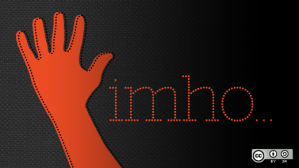 So a few weeks back, I was excited to see that BusinessWeek (now Bloomberg BusinessWeek) ran a special report called Eye on: Open Source that also embraced the wider usage of open source principles in technology and beyond.

My personal opinion? I think a few of the articles in the special report confuse true community-driven open source innovation with concepts like user-driven product design, crowdsourcing, and design competitions. But it was still neat to see BusinessWeek recognize the applicability of open source principles beyond software.

When I was at Red Hat, I sometimes got questions from folks who wanted to know the secret to Red Hat’s brand success. First off, I’d always say you don’t grow a $1 billion technology company on brand alone. We sold great products. We treated our customers and developers well. We had a revolutionary business model. Those kinds of things are the bedrock of a successful brand.

But if I was to point to one “secret” thing I think had a big impact on the brand it would be a very simple one:

We said the same thing. Over and over. For years.

For me personally, sometimes I said things so many times I was just as sick of hearing myself as others were.

When people would come to me and ask if they could make a tan hat to give away at tradeshows rather than a red one, I would always repeat: “But we are Red Hat.” We brand folks would always be the ones to bring up the company mission, values, and culture. We’d steer conversations back toward the open source way when they went astray. When my colleagues and I would speak about the culture and brand in orientation, we’d tell the same stories, show the same videos of Bob Young and Matthew Szulik to new employees year after year after year.

When it comes to brand positioning, the biggest mistake you can make is to invest your time, money, and energy in discovering your optimal brand position… and then give up on it before it has a chance to do its magic. Building a great brand has to be done over time and, to paraphrase Jeff Bezos of Amazon, there are no shortcuts.

I’ve worked with a lot of creative types over the years, and most of them love to come up with new ideas. Heck we all do. But sometimes the thing that makes you stand out when everyone else is saying something new is to say something… well… old.

END_OF_DOCUMENT_TOKEN_TO_BE_REPLACED

Is the word “community” losing its meaning?

Poor words. As they get more popular, as we give them more love, we also keep trying to shove in new meaning to see if they can take it. 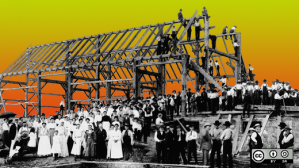 We’ve even been accused of muddying the term “open source” here on opensource.com (a debate I love to have—there are smart opinions on both sides: protect the core vs. extend the audience).

So when I read a recent post by Gartner analyst Brian Prentice entitled Defining & Defending The Meaning Of “Community” – An Open Source Imperative, I was familiar with the lens he was looking through already.

Brian’s argument? According to his post, community used to mean “a collection of people whose defining characteristic is shared participation.” I might add “and a common purpose or vision.”

But now the word community is often being used to refer to any ol’ collection of people. From the article:

Which is better: efficient markets or efficient communities?

In my post last week, I talked about what I see as inefficiencies in the system design of many crowdsourcing projects. Today, I thought I’d stick with the inefficiency theme after reading a blog by Umair Haque entitled The Efficient Community Hypothesis (thanks to Rebecca Fernandez for pointing it out).

In this post, Haque makes the case that the efficient market hypothesis often talked about by finance types should be replaced by something he calls the efficient community hypothesis.

Community-building tip: surprise is the opposite of engagement

In the interview with Chris Blizzard I posted last week, near the end of the article Chris attributes a phrase to Mozilla CEO John Lilly: 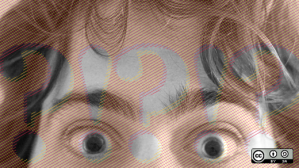 This may be one of the most simple, brilliant things I have ever heard someone say when it comes to creating engaged, active communities.

When we are open with people, we avoid surprising them. We keep them in the loop.

Nothing kills someone’s desire to be an active contributor in a community more than when they feel like they’ve been blindsided. By a decision. By an announcement. By the introduction of a new community member.

Few things help a community get stronger faster than simply engaging community members every step of the way. Asking them for input first. Ensuring they are “in the know.”

When thinking about the community you are trying to create, maybe start asking yourself questions like:

Dark matter to Large Hadron Collider: Let’s do this

While we here at Dark Matter Matters continue to investigate the dark matter of corporations (brand, community, and culture), the physicists at CERN are making great progress in their search for dark matter as well.

Dark energy as seen by the Hubble Space Telescope.

Earlier this week, the Large Hadron Collider, a $10 billion underground supercollider under the Swiss-French border, set energy and speed records while colliding two proton beams to create 3x more energy than scientists have every seen before (7 trillion electron volts). The search for dark matter is one of the key drivers of the the Large Hadron Collider experiment.

As I’ve mentioned before, the LHC has had all sorts of problems over the last few years, so it is great to see it is finally working correctly. Better stay on your toes, dark matter!

In other related news, the Hubble Space Telescope, which was responsible for creating the image that appears in the header of this blog, has also been hot on the trail of dark matter and dark energy.

According to an article posted earlier this week on the Popular Science website, Hubble tracked 446,000 galaxies in one part of the galaxy, taking 575 images over the span of 1,000 hours. Astronomers then used the data from these images to pull together the composite image you see here, which uses gravitational lensing to identify places where there may be high concentrations of dark energy in the universe. It also makes for a pretty picture.

That’s the big news for now. We’ll continue to report from time to time on the search for dark matter and dark energy, so stay tuned.