Rahm and the art of positioning

Was watching Rahm Emanuel on Meet the Nation this morning. No matter where you fall politically, you’ve got to be amazed at what a 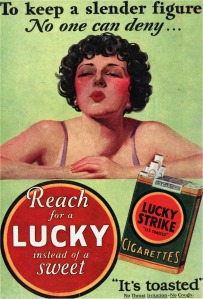 master of positioning he is. Republicans have been winning the positioning war for years, with Democrats not even understanding the game, let alone playing it well.

the process by which marketers try to create an image or identity in the minds of their target market for their product, brand, or organization.

The name “positioning” was coined by Jack Trout and Al Ries and introduced in their book Positioning: The Battle for Your Mind, but the concepts they called positioning have been used to influence people throughout history.

Matthew Szulik gave me a copy of a positioning book by Jack Trout about 2 years after I joined Red Hat, and it was my first real exposure to the idea. Now, the art of positioning rules everything I do at work.

Why is the concept so powerful? An example:

One of the favorite stories in PR circles is the story of how Edward Bernays increased Lucky Strike cigarette sales during the 1920s. At the time, smoking was considered to be a “man’s activity,” and women who smoked were considered low-class (at best). Bernays figured the cigarette market was missing out of 1/2 of the potential buyers for the product, so he took on the challenge of how to sell cigarettes to women.

Bernays, by no coincidence, was the nephew of Sigmund Freud, and believed that you could control the way the human mind perceived things through artful manipulation. He began positioning cigarettes to the target market (1920s women) as a symbol of liberation– he stopped selling cigarettes and started selling freedom. 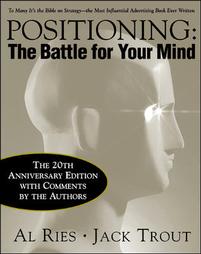 There’s a great writeup of the whole story here if you are interested. A fascinating quote from this site explaining how he kicked off the campaign:

Bernays staged a legendary publicity event that is still taught as an example in PR schools. He hired beautiful fashion models to march in New York’s prominent Easter parade, each waving a lit cigarette and wearing a banner proclaiming it a “torch of liberty.” Bernays made sure that publicity photos of his smoking models appeared world-wide.

Now that’s good positioning. By the end of World War II women were smoking nearly as much as men. I’m still blown away whenever I watch an episode of Mad Men at how much people smoked in the postwar era. Apparently his campaign was so successful that he later expressed great regret at the impact of his work.

So back to Rahm Emanuel. Bob Schieffer asked him a question this morning about Obama raising taxes as part of the Economic Recovery Act. Here’s how he answered:

I want everybody to be reassured by the fact, these are the rates that were — the deductions that Ronald Reagan had, and the marginal rate is where Bill Clinton and the time in the ‘90s, we had. That’s what they are. There’s not like just something totally radically new. We’re going back to those points.

Beautiful. Republicans have been trying to position the recovery plan as radical and expensive– typical of the “tax and spend” Democrats. In a few sentences, Emanuel re-positions the tax rates as normal. According to him, we’re going back to “classic” tax rates, and giving up on the new, radical tax rates that the Bush administration instituted. Emanuel even calls out the name of Ronald Reagan, the patron saint of many Republicans, just for good measure.

It’s about time the Democrats found a positioning artist talented enough to match up with the great masters of the Republican party.

Chris Grams is Head of Marketing at Tidelift. He is also the author of The Ad-Free Brand: Secrets to Successful Brand Positioning in a Digital World.
View all posts by Chris Grams »
« Markepoetry Part 3: Mission Soup
Fedora fails… and that’s a good thing! »