Five questions about the future of music with David Pakman

Traditional media companies are in big trouble. You may have noticed. You know who else has noticed? David Pakman, currently a partner at the prestigious Venrock venture capital firm. You may also know David as the former CEO of eMusic—a fairly disruptive media company in its own right. David has over 300,000 Twitter followers and regularly blogs here about the “undoing of big media.” 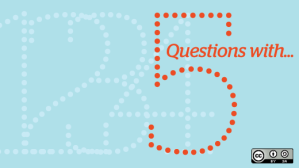 Today, we ask him five questions about where the future of music intersects with the open source way.

1. One of the beautiful things about the open source software revolution is it lowered the barrier to entry for developers who wanted to create useful software. Meaning, without going to fancy schools or working for big Silicon Valley tech companies, people in any part of the world with any level of experience could contribute, and if their code was good, they were in. Is the barrier to entry for artists trying to make it in the music industry getting lower too? It sure doesn’t feel like it sometimes.

I think the barrier to entry to write or make music has always been pretty low. Provided you can learn how to play an instrument, you can write songs. The encroachment of technology into every facet of music making has lowered this barrier even further. An entire album can be recorded at great quality in a basement with a Mac and some bundled software. DJ equipment isn’t even needed anymore — you can do it all on your Mac.

The challenges have always been around marketing and distribution, and the internet changed all that. Anyone can launch a site or a myspace page and offer downloads of their music. In 2008, more than 38,000 new records were released. This was the most ever.

Becoming commercially successful by selling music or touring has never been harder, and that is because fewer people are buying music and consumers have more entertainment choices than ever before. So while it’s easier to make music, it’s harder to make a living making music.

Chris Grams is Head of Marketing at Tidelift. He is also the author of The Ad-Free Brand: Secrets to Successful Brand Positioning in a Digital World.
View all posts by Chris Grams »
« Three tips for escaping the creativity peloton without giving up on collaboration
Democracy: a reason for communications and HR folks to party together »