A new point of view on why (brand) nations fail 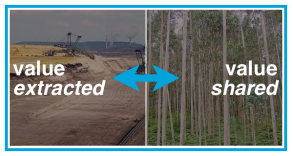 A new book comes out tomorrow entitled Why Nations Fail: The Origins of Power, Prosperity, and Poverty, by MIT professor of economics Daron Acemoglu and Harvard professor of government James A. Robinson.

In the New York Times Magazine yesterday, Adam Davidson wrote a great piece about it. I pre-ordered the book and look forward to reading, but in the meantime, the New York Times article hints at some key conclusions the authors reach. From the article:

“…the wealth of a country is most closely correlated with the degree to which the average person shares in the overall growth of its economy… when a nation’s institutions prevent the poor from profiting from their work, no amount of disease eradication, good economic advice or foreign aid seems to help… If national institutions give even their poorest and least educated citizens some shot at improving their own lives — through property rights, a reliable judicial system or access to markets — those citizens will do what it takes to make themselves and their country richer.”

According to the summary on the authors’ website, the book highlights examples of the theory in action around the world and throughout history, “from the Roman Empire, the Mayan city-states, medieval Venice, the Soviet Union, Latin America, England, Europe, the United States, and Africa.”

So how might this theory apply to the study of how organizations can build passionate and sustainable brand communities? If we think of brands as nations, what might make them fail or see great success?

Michael Porter wrote a now-famous piece in HBR last year entitled Creating Shared Value that to me articulates the business equivalent of the principle. Here is how Wikipedia describes Porter’s concept of creating shared value:

“The central premise behind creating shared value is that the competitiveness of a company and the health of the communities around it are mutually dependent. Recognizing and capitalizing on these connections between societal and economic progress has the power to unleash the next wave of global growth and to redefine capitalism.”

I think there is a strong connection here, and I would frame it as simply as this:

Think about the brands you interact with on a daily basis:

– Which of them are clear value extractors (i.e. they unabashedly exist in order to extract as much money as they can)?

– Which of them are extractors in “shared-value clothing” (i.e. they hide their true selves behind a veneer of shared value)?

– Which of them truly create and share value with the communities that care about them?

If you are like me, some specific organizations immediately come to mind when you see the three categories above. Humor me for a second as I remix the quotes I shared from the New York Times article earlier, but putting them in a brand context:

I suspect that organizations interested in building passionate brand communities have a lot to learn from Why Nations Fail.

And I’ll let you know what I personally learn once I’ve had a chance to read it.

Of all of the people talking or writing about the future of business right now, no one has more street cred than Gary Hamel. I’ve written about him many times before, and his book The Future of Management is one of the most inspiring and meaningful business books of the last 10 years. 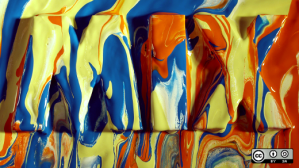 Last year at the World Business Forum, when Gary called open source one of the greatest management innovations of the 21st century, there was some serious high-fiving going on amongst us open source business types.

So I’ve been watching closely as Gary and a team of management superstars have launched an open innovation experiment called the Management Innovation Exchange, or MIX. In the video below, Gary explains a little bit about the goals of the MIX.

Here’s how they describe the MIX on the website:

“The Management Innovation eXchange (MIX) is an open innovation project aimed at reinventing management for the 21st century. The premise: while “modern” management is one of humankind’s most important inventions, it is now a mature technology that must be reinvented for a new age.”

From spending some time on the site, it clearly shares a lot of the same foundations as the open source way, even if the MIX folks prefer the term open innovation.

One of the most wonderful bits? The MIX is a meritocracy, where anyone can join, submit management hacks, stories, or barriers, and then collaborate with others to explore the ideas further.