Want to increase autonomy in your organization? Consider a freedom / accountability swap

As you walk the halls of your organization and talk to fellow employees, do you ever hear complaints like these?

“I feel stuck because I can’t make decisions on my own.”

“I know what we need to do, but no one will listen.”

“I have little say in how I spend my time each day.”

“I’m waiting for someone to give me approval before I can proceed.”

Most of us know these feelings very well, and most of us have personal experience in what I would call a low autonomy organization like this one.

If autonomy in this sense refers to having the freedom to determine your own actions and behavior, a low autonomy organization is one where decisions are handed down from above and employees are expected to follow instructions, rules, or guidelines that limit their ability to think or make decisions for themselves. The end result is often a stifling bureaucracy where people are afraid or unwilling to take risks and managers wonder why nothing ever gets done.

Not only does this sort of environment sap morale and reduce efficiency and innovation, but it also makes it incredibly difficult for the organization to attract young, talented employees who have grown up in the freedom-based culture of the Internet and demand more autonomy than most organizations today are structured to provide.

But even if changing your overall top-down, bureaucratic corporate culture is beyond your control, you may be able to increase autonomy in your own corner of the organization through an informal process I refer to as The Freedom / Accountability Swap.

The Freedom / Accountability Swap is a simple, yet very powerful way for individual managers and employees in traditional control-based organizations to “think locally” and create islands of autonomy within their own teams by setting up freedom and accountability as a transaction to be negotiated.

The swap is not designed to reinvent the organization or management structure overnight, but instead is more of a stealth effort that allows you to build elements of a high autonomy culture without the core management philosophy of the organization being visibly threatened. In this sense, it is a relatively “safe” experiment for traditional organizations to try.

The Freedom / Accountability Swap is based on a simple equation, born out of my experience working at open source technology leader Red Hat (you can read the full story here), that looks like this:

freedom + accountability = a culture of autonomy

Give more freedom. Ask for more accountability in return. Simple!

So how would the Freedom/Accountability Swap work? Here’s one practical way to get started:

1. INITIATE THE SWAP Once a year, perhaps as part of an existing yearly performance or compensation review process, each employee and manager would schedule a meeting in which they would discuss that year’s Freedom/Accountability Swap (some organizations may want to do this conversation more often than 1x per year).

3. MAP THE GAPS At the meeting, the manager and employee each share their impressions of where they see things differently when it comes to freedom and accountability. For example, are there projects, tasks, or deliverables where:

As they have the conversation, they “map the gaps” on a sheet like the one below so they can see where to focus their discussion:

4. THE SWAP At the end of the conversation, the manager and employee should analyze each key project, task, or deliverable they’ve discussed and come to an agreement about what each side can offer that will increase freedom AND accountability for both sides.

5. REVIEW Over the course of the year, the employee and manager can use the language they developed in the swap as part of an ongoing conversation. This language may make it easier to discuss freedom / accountability issues as they arise in daily work.

Some organizations may want to take the Freedom / Accountability Swap even further beyond individual manager and employee relationships. It could easily be modified to work as a tool to create better relationships between groups in an organization as well as within groups. Leaders representing each group could have a similar dialogue, resulting in a Freedom/Accountability swap that improved the working relationships between these teams and increased autonomy on both sides.

Sound interesting? If you get a chance to try out a Freedom / Accountability Swap in your organization, I’d love to hear how it goes.

The Freedom / Accountability Swap was originally designed by Chris Grams, Susanne Ramharter, Laurence Lock Lee, Josh Allan Dykstra, Aaron Anderson as a “management hack” for the Management Innovation eXchange (MIX). You can read the full hack here. This post was originally written for the Human Capital Institute and is published here.

Which is better: efficient markets or efficient communities?

In my post last week, I talked about what I see as inefficiencies in the system design of many crowdsourcing projects. Today, I thought I’d stick with the inefficiency theme after reading a blog by Umair Haque entitled The Efficient Community Hypothesis (thanks to Rebecca Fernandez for pointing it out).

In this post, Haque makes the case that the efficient market hypothesis often talked about by finance types should be replaced by something he calls the efficient community hypothesis. 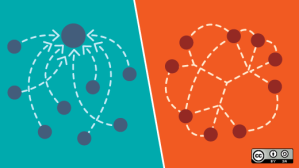 Gary Hamel: Open Source is one of the greatest management innovations of the 21st century

My colleague John Adams, reporting from the World Business Forum in New York, wrote on Twitter yesterday that during his speech, management guru Gary Hamel called open source one of the greatest management innovations of the 21st century (coverage of Gary’s speech here and here). 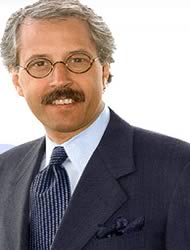 I love it. Gary Hamel is a hero of mine, and many consider him one of the greatest business minds on the planet. I’ve written about him, well, too much (start here, here, and here), and I follow him via his website, his non-profit called MLab, and his Wall Street Journal blog.

I knew Gary was familiar with open source after reading his book The Future of Management (one of the top ten books behind Dark Matter Matters). He spends five pages (205-210 in the hardcover) discussing open source and at one point says the following:

The success of the open source software movement is the single most dramatic example of how an opt-in engagement model can mobilize human effort on a grand scale… It’s little wonder that the success of open source has left a lot of senior executives slack-jawed. After all, it’s tough for managers to understand a production process that doesn’t rely on managers.

Here’s his analysis of why the model works so well: