Are you building a community or a club?

I’ve never been much for clubs. When I was young, I made a lousy cub scout. I wasn’t a real “joiner” in high school or college either (just enough to get by) and I still don’t get actively involved in many professional associations today. 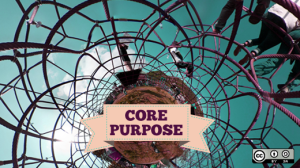 But I’m a sucker for a noble mission. I find myself getting drawn into all sorts of things these days. Good causes, interesting projects, even big ideas like the reinvention of management all share my extra attention, brainpower, and resources.

I love to contribute to things I believe in.

So why don’t I care much for clubs or associations? They are typically groups of people who have come together to support a common purpose. Right?

I believe many of these groups have fallen into the trap of losing touch with the core purpose that brought the initial group of people together in the first place.

They have lost their raison d’etre.

In the beginning, most clubs start off as communities. In fact, the definition of a club is “an association of two or more people united by a common interest or goal.” Which is pretty similar to this definition of a community: a “self-organized network of people with common agenda, cause, or interest, who collaborate by sharing ideas, information, and other resources.”

So what goes wrong? How and why do clubs and associations lose their sense of purpose?

First, let’s take a quick look at how a community might grow in an ideal setting. Watch the short animation below before you read on:

The story of how we uncovered the Red Hat values

One of the first things many new employees notice when they step inside Red Hat is how deeply held our corporate values are within our walls and how much they impact behavior within the company. The values aren’t just words to most Red Hat folks, and they show up in conversations and in actions on a daily basis. Today we probably take for granted that it has always been that way.

But it wasn’t. Back in 2002, I was one member of a team tasked with figuring out Red Hat’s corporate values. At that time, the company was still pretty small– about 500-600 employees.

I must admit at first I was pretty jaded about the whole corporate values business. The concept of corporate values made me think of those Successories motivational posters with a photo of a bear in the middle of a stream with a fish in his mouth and a word like “ACHIEVEMENT” in all caps at the bottom. Or whatever. Most corporate values systems didn’t seem authentic to me or were just plain lame.

The values team was made up of a cross section of folks from across Red Hat: Sean Witty, who did biz dev and M&A; Mark Cox, a security guru who is still at Red Hat; Jeremy Hogan, one of the original Red Hat community managers but who at the time was working in support; Paul Salazar, who I’ve written about before in this blog here; Jonathan Opp, who is still in the Red Hat brand team and did a lot of the original writing of the values descriptions; and myself.

We quickly decided we didn’t want Red Hat to end up with just some lame words to put on posters. We wanted to do this values stuff right.

Paul Salazar knew Jim Collins from Stanford, and encouraged each of us to read Collins’s book Built to Last (which is one of the Top 10 Books behind Dark Matter Matters). In it, Collins talks about the characteristics common to great, enduring corporations. According to him, the most important thing great companies shared was having deeply held values and core purpose. From the book: