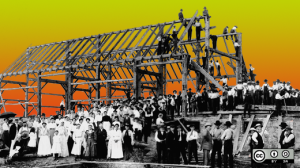 Over the last few years, I’ve had the opportunity to work with many different organizations attempting to build successful communities inside and outside the open source world.

Many of them quickly fall into something I call the tool trap.

Meaning, they immediately jump into a conversation about what tool or technology they will use to support the community:

“Where are we going to put the wiki?”

“We should starting playing around with [new technology X].”

This is no huge surprise. Great community-building tools are now available to us that never existed before and it is very hard to resist the urge to start nerding out on new technology.

And tools are important. But tools alone do not create community.

I’m not usually a germophobe, but the last few months I’ve been walking around opening doors with my elbows and washing my hands constantly. I’ve been freaked out by the constant updates on Facebook about what my friends/friends’ kids have come down with now. So far, my immune system has held up pretty well, but I always worry that H1N1 is only a doorknob away. 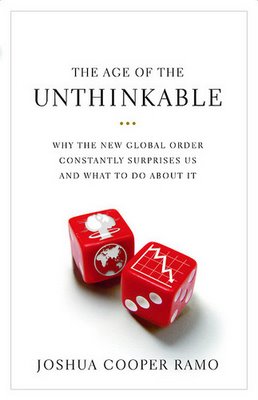 I got to thinking about this corporate immune system concept after reading the new book The Age of the Unthinkable: Why the New World Disorder Constantly Surprises Us And What We Can Do About It by Joshua Cooper Ramo. In this fantastic book, Ramo (former foreign editor of Time Magazine, now a foreign policy/strategy consultant at Kissinger Associates) offers his thoughts on what we as a society need to do to adapt to a rapidly changing world.

Ramo talks a lot about the idea of creating a stronger global immune system. Here’s what he means:

“What we need now, both for our world and in each of our lives, is a way of living that resembles nothing so much as a global immune system: always ready, capable of dealing with the unexpected, as dynamic as the world itself. An immune system can’t prevent the existence of a disease, but without one even the slightest of germs have deadly implications.”

Ramo presents this in idea in the context of how we protect ourselves from a scary world– terrorists, rogue nations, nuclear proliferation, and all that, but the concept applies well to the corporate world as well– tough competitors, fickle customers, shrinking budgets– we corporate folks have our own demons.

So how do we shore up the ol’ immune system? Ramo refers to the philosophy of building resilience or “deep security” into the organization. END_OF_DOCUMENT_TOKEN_TO_BE_REPLACED

Jim Whitehurst: 5 tips for competing in the 21st century

I spent two days this week at the Coach K Leadership Conference at Duke. It’s always good to get above the trees for a few days, and this experience was exactly that kind of opportunity. Jonathan Opp did a nice summary post on the conference here and you can see the live Twitter stream here. 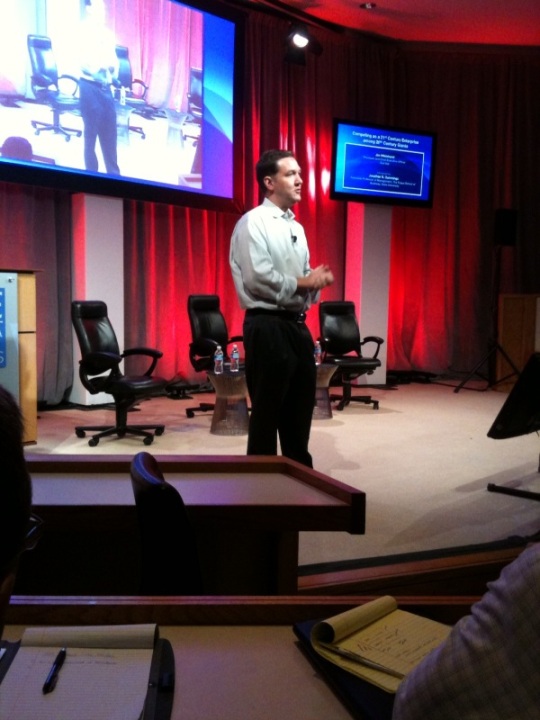 On Wednesday, Red Hat CEO Jim Whitehurst gave a keynote entitled “Competing as a 21st Century Enterprise Among 20th Century Giants.” Jim comes at this subject from a pretty unique vantage point: he is probably one of the few people in the world who has run both a 20th century company (Delta Airlines, as COO) and a 21st century company (that would be us, Red Hat).

In his presentation, Jim covered some of the things he has learned in moving from the command and control, military-inspired corporate environment of Delta (which is pretty similar to the structure of many of the other great 20th century companies) to the open source-inspired corporate structure here at Red Hat (if you want to learn more about Red Hat and the open source way, here and here and here and here are some posts that will help). In particular, Jim gave five tips that will help your company compete better in the 21st century world– I’ve summarized them below: