RSS feed for this section
This category contains 4 posts

Thanks for visiting my dusty blog! 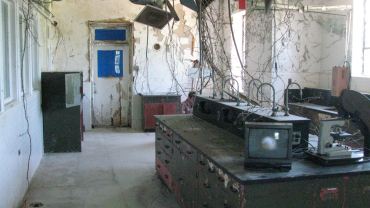 Thanks for visiting my blog. While I no longer actively post here, I am now writing regular blog posts for the New Kind blog and occasionally on opensource.com as well.

Also I still follow what is going on with the search for dark matter.

The origins of the beefy miracle

Last night I received a message via Twitter from a hot dog.

This hot dog, calling itself The Beefy Miracle, informed me that the latest version of the Fedora operating system, Fedora 17, was going to be named after it. The voting was close, but Beefy Miracle ended up winning by almost 150 votes.

Now I wasn’t involved in the naming or voting, but I was deeply involved in the original creation of this hot dog, so I thought I’d fill in some of the blanks regarding how it came to be in the first place. And for those of you who were also involved, if you remember additional details, please pass them on and I’ll share them here.

Way, way back in the pre-Fedora days, soon after the turn of the century, we were working on the release of a new version of Red Hat Linux (I’m guessing it was version 7.1, 7.2 or 7.3, but let me know if you remember the exact version…). At the time, most companies were beginning to fill up their software installer screens with advertisements for their other products and services. The hope was that, while you were sitting there bored waiting for the software to install, you’d see one of these ads and instantly make the decision to buy something else. Instant revenues! Instant riches!

I’m not sure how well this sort of installer advertising actually worked, but Red Hat was on the bandwagon too, and this sort of corporate stuff was beginning to sneak in to the company. Mind you, Red Hat also had a history of installer hijinks, dating back to the original option to set up “redneck” as your language of choice in the install process (which I think stayed in there until Red Hat Linux 5.1, but was gone by the time I started working there—Donnie or Mike, do you remember?).

So faced with an increasingly corporate installation experience, we decided to bring some of the fun back into the installer and had our designer at the time, Kyle Hoyt, a brilliant illustrator, create some installer screens that evoked the experience of the interstitials at the movie theater. Here is the result:

For us, they were love at first sight, and they actually made it into the installer. But as you can imagine, not everyone inside Red Hat loved them. Some thought the images were not “enterprise enough” for our rapidly growing company (it is hard to argue that a dancing hot dog is “enterprise,” but we tried). I remember more than one heated conversation about turning the Shadowman logo into a comic book character, about dancing hot dogs, and about what we were “doing” to the product with this strategy.

By the next release, the dancing refreshments were gone, I thought forever, until I received the tweet from a hot dog last night. It was nice to see them again, it had a been a long time.

And to know that Kyle’s dancing hot dog was the inspiration for the name of Fedora 17? It truly is a beefy miracle.

Thanks to those of you who played a part in bringing these images back to life. And my congratulations to The Beefy Miracle on your new job!

Over the past few weeks, I’ve spent some time toiling away in wordpress.com hell, updating the static content and look of this blog for the first time since I launched it at the beginning of 2009.

I’ve added some new sections, including one for my forthcoming book, The Ad-Free Brand (Did I mention I wrote a book? Oh yeah, like 1000 times. Sorry about that). Right now I’ve put a draft of the introduction up there, and I’d love any comments or suggestions– still time left to edit before the book comes out!

I also added pages featuring the key communities I’m working with right now, opensource.com and the Management Innovation Exchange. Other than that, it’s a spiffy new template, a few new graphics here and there and, hopefully, some more original articles featuring content from the book over the coming months.

I still have some additional changes I’d like to make, adding TypeKit fonts, customizing the stylesheet a bit, you know, blog nerd stuff. But I’m decently pleased with where it is right now, so I thought I’d point it out.

Thanks for taking a look!

Who will be the new face of openness at Google?

Last week, Google Senior Vice President of Product Management Jonathan Rosenberg resigned after almost 10 years at the firm. While the comings and goings of tech industry executives aren’t typically that interesting to me, I found this news fascinating for a couple of reasons.

First, Rosenberg says that one of the things he plans to do is write a book with ex-Google CEO (and current Executive Chairman) Eric Schmidt. The subject? According to an article in the Mercury News, they’ll be writing about “the values, rules and creation of Google’s management culture.”

Now that is a book I’d like to read. Google is in many ways an ideal case study of the open source way as applied to management practices, and, while many have written books about Google already (notably this one by Bernard Girard and this brand new one by Steven Levy), I’d love to see Schmidt and Rosenberg’s take (and I hope we can corral one of them for a webcast on opensource.com when the book comes out).

I’m especially interested in their view of how the existing Google culture changed (or didn’t change) during their tenure. Especially since it has been reported that Rosenberg’s top-down management style didn’t mesh well at first with the existing engineering-led culture.

But what I find to be the even more interesting question in the short term is, with Rosenberg leaving, who will be the new face of openness at Google?